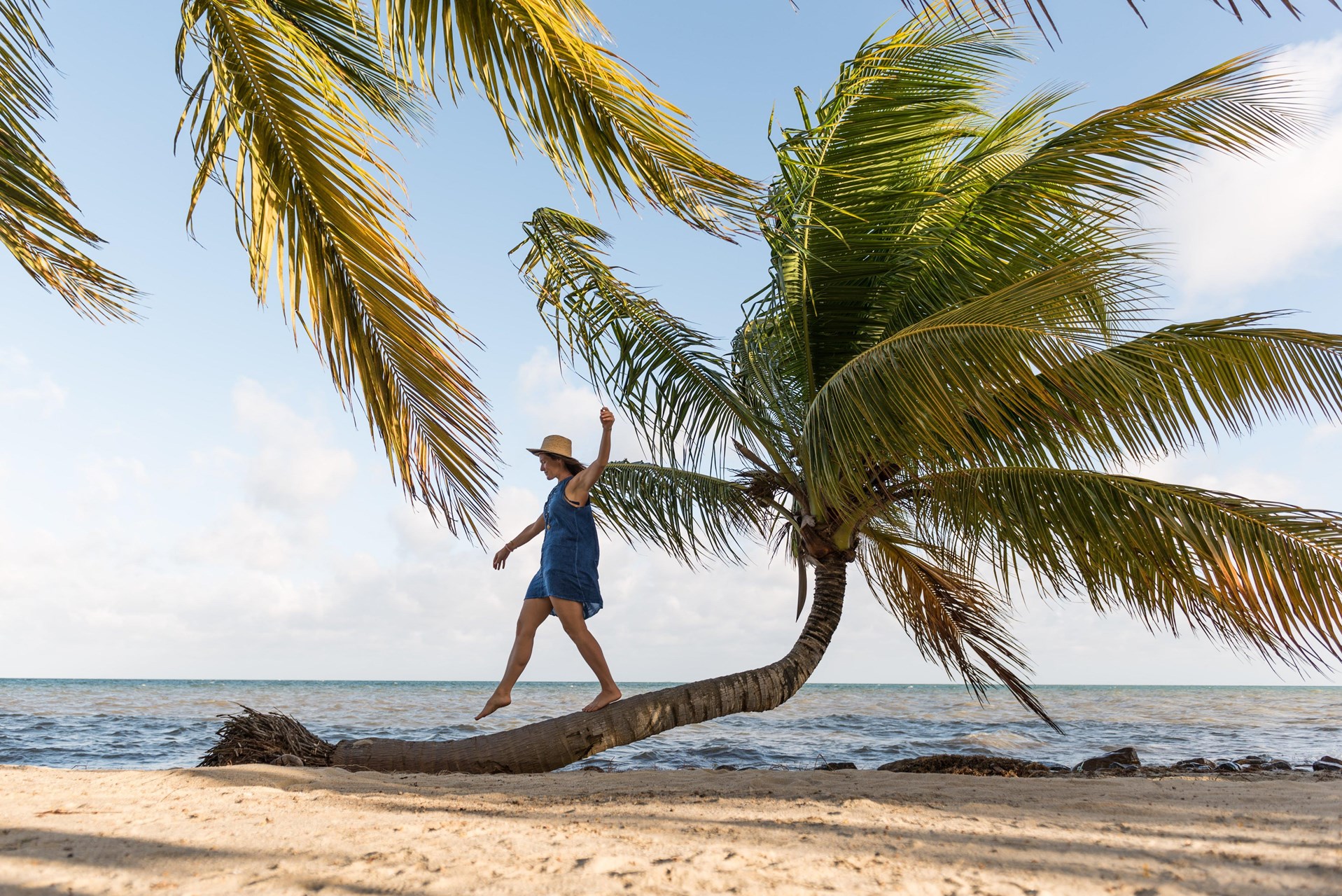 If you’re planning a beach or jungle vacation in Belize, then you’ve made the right decision! Some of the top adventures in Belize include fantastic sea activities, exotic wildlife, impressive caves, and the world’s second-largest barrier reef are just some of the reasons why Belize is well worth a visit.

Here are the top adventures in Belize: 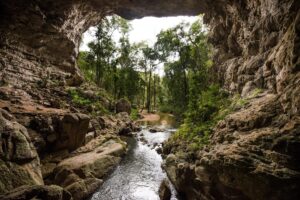 Actun Tunichil Muknal, “”Cave of the Stone Sepulcher,”” is one of the most impressive caves in the Maya lowland. Located in the heart of the Belizean Rainforest, this cave was a sacred place to the pre-hispanic Mayas of Belize, who first began to use the entrance during the early classic period (300-600 A.D.). The ATM Cave system includes of a series of chambers, ending in a 300 by 50-meter cathedral where sacrificial rituals once took place. An ATM Cave tour consists of a 45-minute hike through the dense jungles of the Tapir Mountain Nature Reserve and wading across three streams.

Head to the Community Baboon Sanctuary (CBS), a fascinating conservation project that aims to preserve the natural habitat of Black Howler Monkeys (called baboons in the local Creole dialect), and promote the economic development of participating communities. In addition to learning more about CBS’s work, you’ll have the opportunity to get up close and personal with the monkeys! The Baboon Sanctuary is also accessible from the island of Ambergris Caye.

Take a short cruise up the jungle-lined Monkey River, an area that’s home to crocodiles, iguanas, turtles, toucans, herons, and, of course, monkeys (Howler Monkeys, to be precise). Set out on a moderate, 40-minute trek to learn about the forest and look for wildlife before visiting Monkey River Village. A relaxed return by boat takes you along the Placencia Lagoon, home to mangrove estuaries where you can spot the occasional manatee or dolphin.

The Belize Zoo is home to more than 150 domestic animals that have been rescued and rehabilitated, donated, and born on-premise. This one-of-a-kind zoo began in 1983 as a last-ditch effort to house a collection of wild animals, used to make a documentary on tropical forests. The Belize Zoo is an excellent option to see elusive animals you might not otherwise see in the wild, like jaguars, and to learn about the country’s myriad natural habitats. 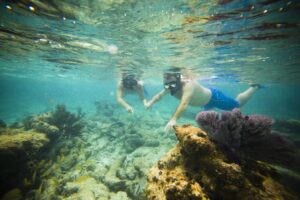 At the Hol Chan Marine Reserve, you can get an up-close look at stingrays and nurse sharks. Located near the southern tip of Ambergris Caye, this 17 square kilometer reserve is home to the famous Shark Ray Alley, an area of seagrass that provides a natural habitat for nurse sharks and southern stingrays, alongside which snorkelers can swim. There is also a narrow channel in the reserve that divides through a shallow, but wealthy, coral reef, that’s home to incredible sea life such as moray eels and black groupers.

Every year, from April to June, whale sharks (the world’s largest fish) appear off the coast of Placencia, near Gladden Spit, to feed on spawning fish. Reaching up to 12 meters long, these mellow giants are curious and gentle around people. Whale sharks are most commonly spotted in the evening and around the time of a full moon.

Get ready for a day of spectacular diving. Travel to the Blue Hole Natural Monument, a 122-meter deep-sea cave adorned with stalactites that are home to reef sharks and the occasional Hammerhead. Afterward, set out for the waters of Half Moon Caye. Here, along the wall you’ll see a variety of incredible coral formations before enjoying a picnic on the island’s sandy shores and exploring its Red-footed Booby Sanctuary. You’ll then enjoy your last dive at the appropriately named Aquarium, home to a tremendous variety of fish.

The Belize Barrier Reef sits between 30 minutes and one hour away from Placencia by boat, dependent on your destination. Top spots for snorkelers vary due to weather conditions and guest preference, but popular places include Laughing Bird Caye (a national park), Silk Cayes, Ranguana Caye, and Pompion Caye.

We can’t wait to set up any or all these adventures for you! Contact Via Venture to book your experiences and enjoy spectacular jungles and beaches in Belize!