Belize in a Bite, Top destinations to savour the culture of Belize 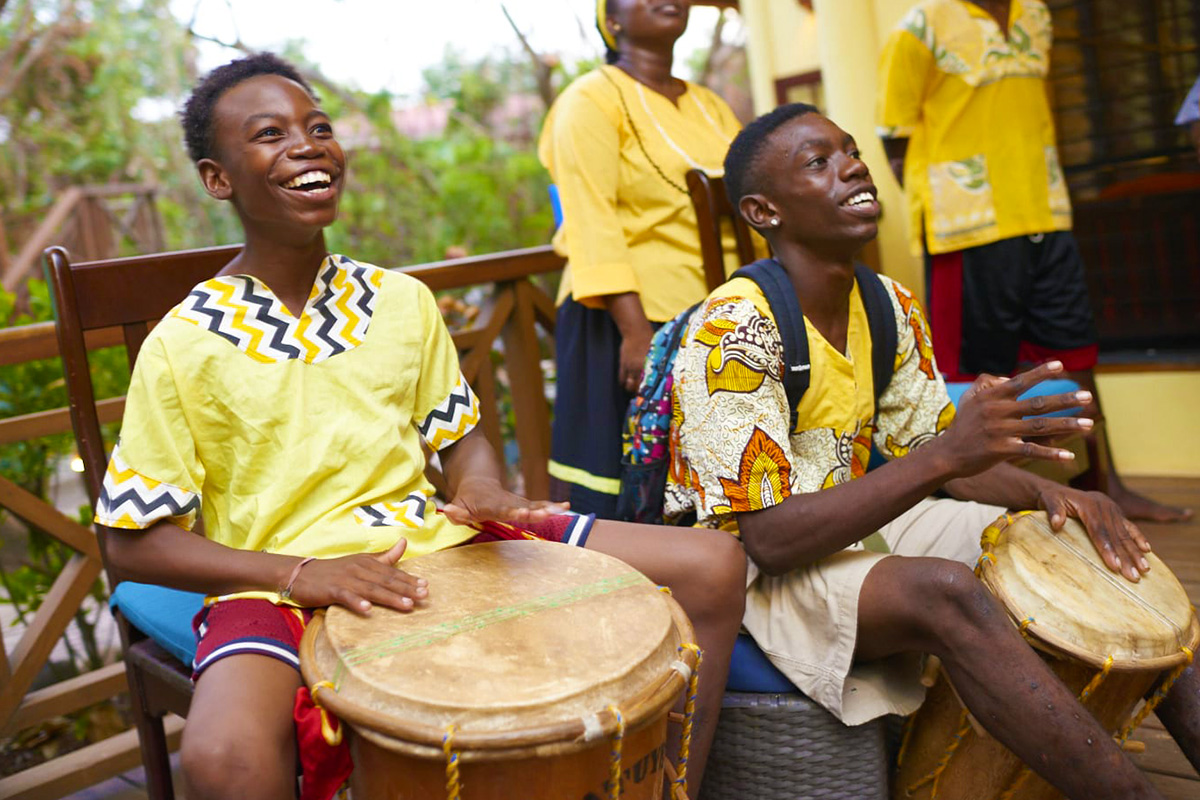 Belize in a Bite, Top destinations to savour the culture of Belize

Some people eat to live, others live to eat. If you’re in the second category, then you are officially what’s known in contemporary parlance as a foodie. Foodies are some of the best people to know. If they don’t know where to find the best food spots, they’re committed to finding them. So this is for all the foodie travellers about to embark on a trip of a lifetime to Belize. Grab a cup of coffee, and we’ll take you district by district to share our take on what you’ll find and what to get if you really want to explore and savour the many cultures of Belize.

Here, you’ll find that a strong Maya and Mestizo presence here has influenced the foodscape considerably. Heirloom crops like corn, beans, cacao, peppers, and achiote continue to find their way on the plates of every household kitchen to this day. So “up north”, as Belizeans would say, you’d find every incarnation of corn-based foods imaginable. But if you’re going up that way, every local knows not to pass on an opportunity to get ‘Orange Walk’ tacos. Surely, the taco capital of the country, you can find streetside taco vendors along the main promenade, in parks and at the town’s main market, selling hot chicken, beef and pork tacos, and fresh fruit juices. Do you want our advice? Spend some time looking for a sign that says ‘Cochinita Pibil’ tacos because trust us, it’s worth it. Cochinita Pibil is an age-old way of preparing a young suckling pig by first marinating it in lime and other citrus fruits, achiote, a spice common in traditional Maya and Mestizo cuisine, ground habanero pepper and finally wrapping and roasting it in banana fronds and cooking it underground. The result? Warm, juicy, pull-apart meat. Served with hot corn tortillas, lightly pickled onions, cabbage and fresh cilantro, this is one bite of local culture, you’ll savour for quite a long time. 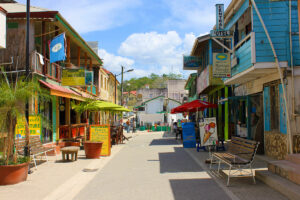 While Central Belize still has a fairly large Maya and Mestizo population, the Belize District and its Creole population has stepped in creating its own flavourful contribution to the local food landscape. A former British colony, African slaves came to Belize from the island of Jamaica to work within the many logwood and mahogany camps that emerged within the Belize River Valley. Their diet was by necessity hardy and meant to last. Smoked and salted meats, ground crops, peas, and course unleavened bread were staples. Today’s luxuries and other local influences allow for the incorporation of butter, onions, coconut, herbs and other spices. For a taste of Central Belize, our top picks go to our country’s national dish of Rice and Beans and a lesser but equally significant dish, known simply as ‘Boil-Up. Rice and beans is a combination found throughout the Caribbean and Latin American region suggesting a strong cross-cultural link. As the official national dish of Belize, this simple but tasty home favourite has found its way in every home and is fairly easy to find. Boil-up on the other hand, you may need a more discerning eye. Boil-up precedes ‘rice and beans’ in local food lore and is distinctly ‘creole’ in many ways. Synonymous with ‘slave food’, boil-up refers to a hodgepodge of boiled ground foods such as plantains, cocoa, cassava, salted pigtails which were cheap and commonly given as rations to slaves, and a boiled ‘cake’ also known as a dumpling. Today, the addition of a reduced butter and tomato sauce demonstrates how food and cultures adapt and change over time.

And finally, we have reached the end of our journey. The Stann Creek and Toledo districts are home to the indigenous Garinagu and Mopan and Kekchi Maya people. Along the coast of the Stann Creek district, you’ll find many a sleepy fishing village populated in large part by the Garinagu people. They, like the Creole, share African ancestry; but unlike the Creole, they never worked on the logwood or mahogany camps. Settling along the coast, their diets consisted primarily of ground foods and fish or whatever seafood that made up that day’s catch. If you really want to taste culture, stop in at a local restaurant, peruse the menu and order the “Hudut”. This local favourite consists of fish poached in coconut milk and served with a side of pounded plantain. What appears at a glance to be a rather simple dish is in fact a richly satisfying meal that evokes the flavours of both the sea and the earth, with coconut serving as a mildly sweet and creamy intermediary. And if you’ve made it this far, there’s only one place left to go–Toledo. Here, traditional Maya communities continue to farm and practice much of their centuries-old culture and customs. Organic chocolate is obviously, a must-try, but there’s another dish, the Lancha that you won’t hear about or see in your guide books. Lancha is similar in many ways, to the Cochinita Pibil. Also wrapped in banana leaves and roasted, Lancha is often fish, river or saltwater, seasoned with achiote, ground pepper, and wrapped in cowfoot leaf. Cowfoot leaves in Maya culture serve as both medicine and herb. The flavour is somewhat reminiscent of anise or liquorice. The smokey, spicy and anise flavours are difficult to replicate elsewhere.

That’s our journey through a few of the foodways and cultures of Belize. There’s so much more to see and taste depending on where you go. Share in the comments below some of your favourite must-have childhood and local foods!